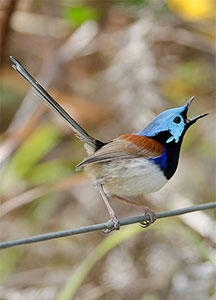 This list is the official NSW Bird List of the NSW Ornithological Records Appraisal Committee and has been adopted by the NSW Bird Atlassers.   It was kindly prepared by Dick Cooper, based on:

Record sheet for use by members can be downloaded here: Record Sheet Latest Edition: December 2015

Please use the forms below to submit bird sightings to the NSWBA Vetting Team or to ORAC for appraisal.

PDF Viewer
Note that you will need Adobe Acrobat Reader to view and print the links above.  It can be freely downloaded from here: http://www.adobe.com/ap/products/acrobat It is a ~24 megabyte download.

Open Google Earth, Select “File” and then “New” from the drop-down box. Browse to you logical location and add the .kml file. Google earth gives you the option to save from “Temporary places” to “My locations” when you close it.
You can uncheck the 10″ grid if you are not Atlassing.